Perfecting Renewable Energy Usage
Renewable energy technologies are taking the world by surprise. The rate at which they are being used in various applications is breathtaking. The reason why the technology seems to be more perfect at this time is because manufacturers have come up with more efficient ways to store the generated power. That was the major challenge in the past. Storing the generated power or the excess power was not without severe limitations. It made many people to be unsure as to whether they should invest in such systems or not.
That is why it is important to note that people are now having a different opinion and understanding of renewables, thanks to large-scale battery storage systems. With these batteries, you don’t waste the excess power generated. Rather, they are appropriately stored. And when you wake up to any day that does lack sunlight, you can fall back on the battery and use the power stored there. This is a much better alternative than trying to use the grid.

Extra Protection
When you use renewables alone, your solar panel units are bound to experience low consumption periods. This is a problem that has marred renewable energy sources that work with sunlight. That is because during such moments, the energy production is not constant. It will keep fluctuating, exposing your devices to much risks. However, with the introduction of large-scale battery systems, you can say goodbye to such challenges. The batteries help to offer extra protection against damages that could arise from current fluctuations.

Reduces Your Dependence On The Grid
I am pretty sure this is a no-brainer for you. The renewable energy sources combined with large-scale batteries is beginning to give homeowners the belief that they can get as much energy as they get from the grid. It is of greater advantage to those who particularly reside in developing countries because of the incessant power supply in such regions.
In other words, when you are staying in a place that cannot boast of constant power supply from the grid, a large-scale battery storage system is all you need to gain the peace of mind you need. This rest of mind can be attributed to the fact that such homeowners can generate power on their own, and use that power to run their appliances for extended hours. That will definitely reduce how much you depend on the grid over time.

Less Carbon Footprint
Those who install large-scale battery systems combined with solar units generate less carbon emissions into the atmosphere and become more self-sufficient as time develops. Large-scale batteries are fantastic for anybody that wants to cut back on the amount of greenhouse gases they are emitting, which translates to less pollution as well.
Solar energy units do not create as much energy as the regular fossil fuel. And when you employ battery storage systems, it is also another way of guaranteeing that no energy is lost in the process. Therefore, there is no doubting the fact that the world will be a better and safer place with renewables and battery storage systems.

Lower Energy Bills
Every once a month, you are expected to pay your energy bills, depending on how much you are using from the national grid. Unfortunately, these bills can be on the high side; high enough to get you annoyed. With that said, do you know you have the ability to change all of that?
Large-scale battery systems are equipped with features that make them highly flexible, allowing you to regulate how you use your power. For instance, you can program your solar system to enable you use the grid when the cost of power is cheap and switch back to solar when the cost rises to the highest. That is what businesses are applying to help them cut cost in the long run.
This will not make much sense to you now until you sit down and do the calculations. Do a rough calculation of how much you would be saving over a period of 30 years in line with has been explained above. You would find out that it will amount to a lot of money.

Causing No Harm To The Environment
This is a bit related to one of the above points. Climate change is real, even though it has unfortunately become a political debate for some countries. According to scientists, some of the things we hear and experience today are effects of global warming. As such, there has been pleas by climate activists and other bodies for people to stop using anything that will bring more harm to the planet. In case you are not aware, fossil fuel is a good example of something that is damaging our planet today.
Most activists and nations are canvassing for renewable energy solutions and adoption. Thankfully, large-scale battery storage systems are helping homeowners achieve that dream today.

Conclusion
The rechargeable battery market has been filled with all manners of battery before today. The most recent ones are the large-scale batteries, and they seem to reflect a more improved state of power storage systems. We may be a long shot from where we wish to be. But, with the advent of such heavy-duty batteries, there is hope that we will arrive at the promised land someday. A situation where homeowners will be totally independent of the grid. That’s the world we are looking forward to.

For more about the the advantages of lifepo4 lithium ion large-scale micro grid and smart grid-scale batteries storage systems use in homes,you can pay a visit to JB Battery China at https://www.jbbess.com/how-to-find-the-most-reliable-micro-grid-and-smart-grid-scale-battery-energy-storage-system-suppliers-and-manufacturers.html for more info.

< Previous: How to find the most reliable micro grid and smart grid-scale battery energy storage system suppliers and manufacturers 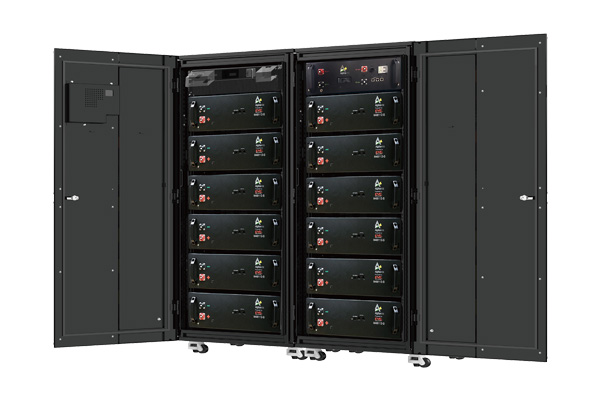